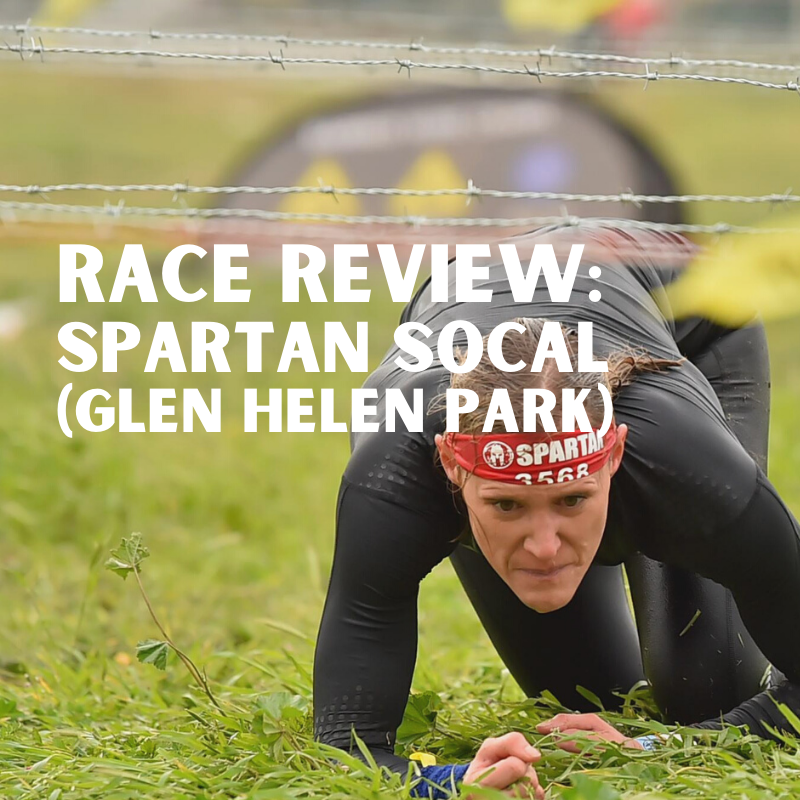 The opening race weekend for Spartan in the US did not disappoint: Spartan SoCal at Glen Helen Regional Park.

Easily accessible, basically front row parking, and bipolar weather over the course of the weekend made for a great SoCal race at Glen Helen Regional Park.  Some might beg to differ with how “flat” the course was. While this was true for the Sunday sprint, I tracked almost 900 feet of gain on the Super that Saturday.  But, I’m of the mindset that not every race has to kill your legs with copious amounts of elevation gain.  I also think it’s a nice change of pace to have flat and fast courses on occasion.

The festival was a little spread out and kind of all over the place. The space provided plenty of room for racers to warm up, spectators to find somewhere to sit, and more.

Saturday presented with frigid Santa Ana winds, clouds, and temps in the 40’s.  I began going through my pre-race warmup and could not warm up for the life of me.  I was so cold I made an impulse buy in the Spartan merch tent of the only long sleeve performance shirt they were offering.  Just minutes before my heat went off and here I am changing clothes.  I prayed I would be warm and that I wouldn’t regret running in a brand new piece of clothing.  I never fully warmed up during the race (but I was certainly no longer freezing) and the shirt worked amazing.  Luckily, it ended up being an awesome shirt and extremely comfortable to run in.

Saturday’s super began with going right into rolling hills where nearly all the elevation gain came into play. It leveled out to a fairly flat course after that.

The course itself had the typical layout of obstacles sans tire flip (that seems to have gone away entirely) and no fire jump due to the race being in California… where they’ve seemingly outlawed fire jumps. However, the rope climb was right near the end of the race, which I really liked!  The bucket carry crossed over a tiny stream (maybe a few feet wide) surrounded by trees/branches that you couldn’t quite step right over and was just enough to be annoyingly placed.  I heard (and saw photos) from later in the day where this caused quite a backup.  They removed it from Sunday’s course and shortened the carry.  I’m not sure if that’s because it probably got pretty destroyed or if that was the original plan.  Probably the former.

On Sunday, we basically bypassed all of the hills and stayed flat the entire time.  I misread the map and thought we had the first climb and then back to flat… until I saw everyone taking a left and bypassing them entirely.  That was a nice surprise for myself, personally!

Sunday’s weather was sunny, wayyyy less windy, and a little warmer in the 50’s.

The combination of dunk wall before barbed wire crawl and then sandbag carry presented a good mix of mud.  Just enough to bog you and the sandbags down a little more toward the end of the race, upping the exhaustion level. 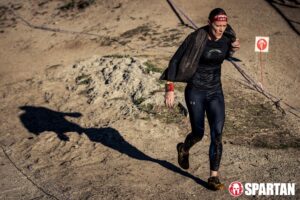 I felt the course at Glen Helen Regional Park was a good course (also a new venue) to kick off the Spartan season.  It allows for new and experienced racers alike to get into the groove of the 2022 race season without completely overdoing it.  If you are a racer that plans out the year and categorizes your races into A, B, and C races — this is definitely a race weekend you can use to train through for your more important goals/races.

Not sure how to train at all? We offer custom run plans and strength training programs that were  specifically written to help you hone in on the skills required to crush any OCR course. 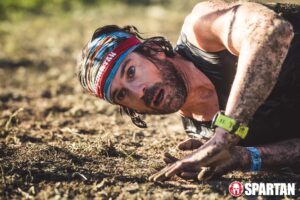