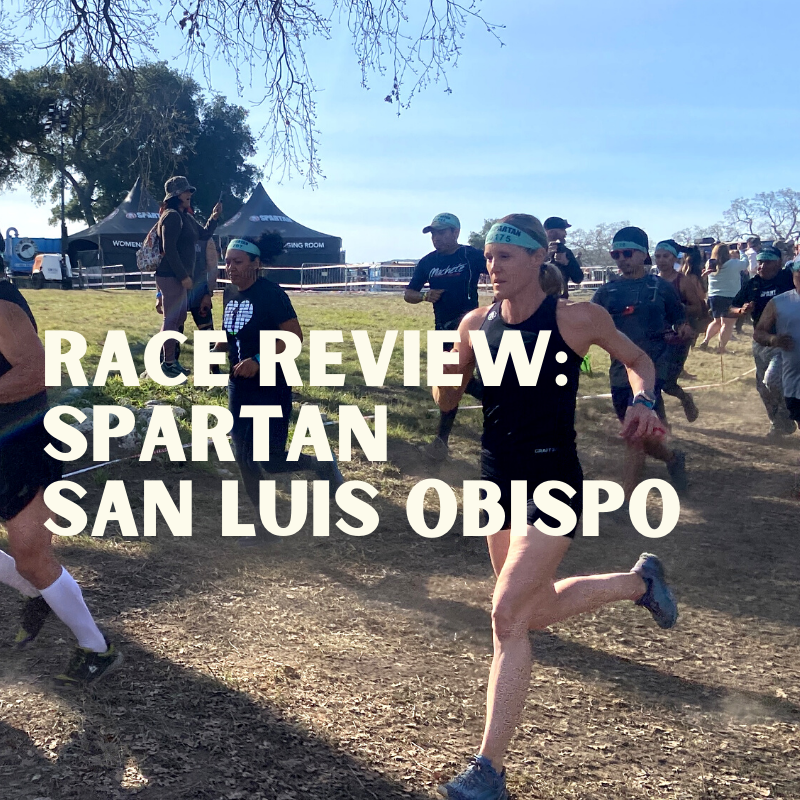 This race was two years in the making for many racers, including Eddie and me.

In 2020, we were nearing the end of our 9-hour road trip to SLO and were literally an hour away from our lodging destination when we started getting news that everything in the world was being cancelled…including the Spartan San Luis Obispo race…

Eddie had been training for his first-ever Spartan Ultra at this venue, and I was committing to a beast and a trail run.

Well, come 2022 — we finally got to race at this new venue and it turned out that the Spartan San Luis Obispo Beast would be one of Spartan’s Age Group National Series races.  I’d never intended on competing in the series this year, but it’s always nice to race your heart out amongst great competition.  I wound up taking fifth, so not too shabby!

The venue at Santa Margarita Vineyards was awesome. If you’re a wine lover, like me, it’s pretty cool to be able to run around a vineyard. I really liked the scenery and terrain, personally.  The terrain was a mix of some flat dirt roads and steeper, technical up/downhills. A good variety of wide trails and single track.  You also got to see the occasional herd of goats crossing the trail.  There were also cow holes to potentially twist an ankle in (though nothing like the old Sacramento course!)

Though this Spartan Beast course was “flat” in terms of comparison to other beast courses, the elevation gain that did exist was sneaky as it was incorporated through several rolling, steep hills to climb. My Garmin tracked 1,690 feet of gain (and 1,677 feet of loss).  Keep in mind this always differs between different watches.

The Spartan Trail 10k was actually long, coming in at 7 miles. At least they informed us in the starting corral beforehand! It had 712 feet of ascent with 715 feet of descent.  There were spots where you could open it up and others that traversed sideways up a large meadowy hill, forcing power hiking into your arsenal.  Though this wasn’t my first Spartan Trail, it was the first one that actually had you running right by obstacles.  It felt odd to run right past them.  Almost like I was cheating or something…ha!

This trail was a great mix of variety for a trail run, in my opinion.  It had some sharp twists and unexpected turns, and a photographer capturing our faces as we came up and out of a small stream-bed.  I had honestly been looking forward to this race more than any other on my calendar.  Perhaps because it had been the race I was most excited about in 2020 prior to its cancellation.  I took 2nd overall female in this race, and I was super stoked about it!

This weekend also hosted a Spartan Ultra and Super, and Trail distances of half marathon and a 50k.

Eddie really enjoyed the ultra course as well for its variety of terrain. He did get a bit mixed up on the second loop, causing him to unnecessarily run like an extra mile. He decided to run elite and for his first Spartan Ultra, placed 5th, despite the extra mileage. The “ultra loop” obstacles could use some work, however.

WHAT KIND OF WEATHER CAN YOU EXPECT?

On Saturday, the weather began in the early morning hours of the ultra with freezing–see your breath– temperatures. By the time I was standing at the start line for the beast it had warmed up quite a bit.  I had to make a last minute decision to rip my long-sleeve shirt off and race in my sports bra and race vest.  I was glad I did because, true to California, it stayed pretty sunny and warm.

My start time was a bit later for the trail 10k the following day and raced in a thin shirt and shorts.  I was still a little hot at the end but it was much more tolerable than the day before where I was stuck in pants.

Parking was a bit of a pain, but it was better than those venues where you have to be shuttled. There was basically a pretty long walk from parking to the registration and there was a slight hill involved.  We luckily parked closer on Saturday since Eddie was doing the ultra and had to be there super early, but I did the walk a few times over the weekend and it never felt any shorter.

HOW ABOUT THE FESTIVAL AREA?

I did like the set-up of the festival area near the start line and transition area as there were SEVERAL large shade trees for people to hang out beneath.  Most venues don’t have this (at least out West) and it was a welcome addition.  However, the stage and most vendors were not in shady areas so it was a bit more challenging to stay cool if you wanted to be where most of the other racers were.

This venue is a must-do in my opinion, and is one I’d like to get back to again year after year if possible. Did you race it? What were your thoughts on the venue? Sound off below!

Looking for custom run plans to crush your next race? Do you want to level up your training by incorporating strength into your routine?   We’re happy to help you achieve your athletic goals!

More information on our training programs can be found here.