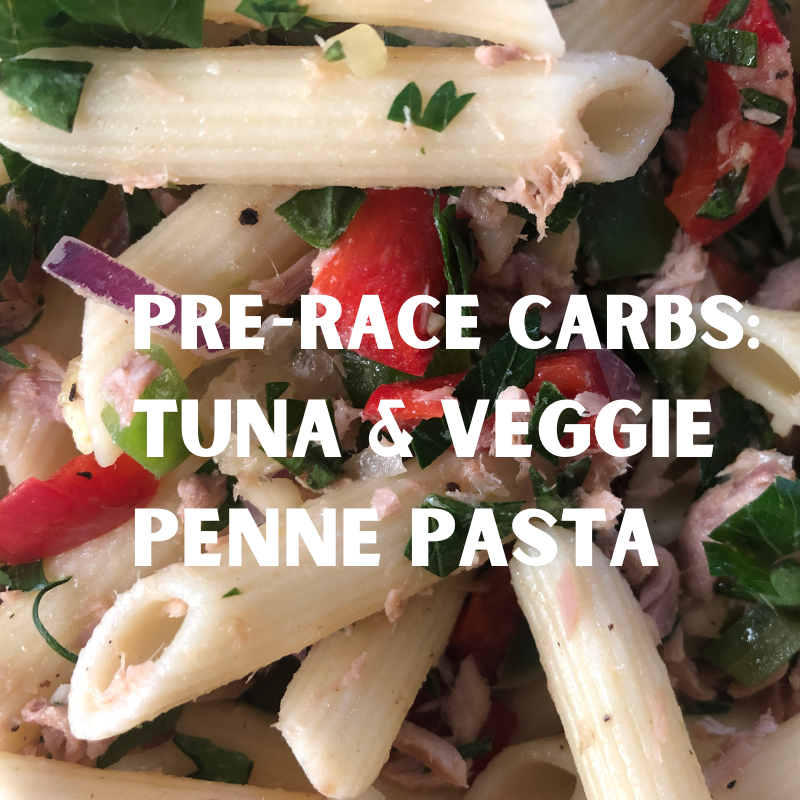 I’m just as much of an occasional pizza lover as the next person, but when you’re prepping for a long, grueling race, pizza isn’t exactly going to set you up for success.  Save that as your celebratory meal for after you cross the finish line…and don’t feel guilty about it either!

Pasta with heavy sauces and bread aren’t the only viable carb options when you’re prepping for a race, but this tuna and veggie penne pasta recipe hits many of the necessary notes to race well while providing an option for a healthy, carb-based meal prior to race day.

Nutrition for obstacle course racing can be tricky because not all races are made the same.  A Spartan Beast is going to be drastically different from the OCR World Championship race or a Bonefrog Tier-1 event.  But, they all require one thing: sustained energy.  Make sure you’re helping your body to process and store glycogen efficiently!

It’s common knowledge that you should carb-load for long races in order for your body to endure sustained hard effort runs or races, but there’s a right way and a wrong way, as we’ve previously written about.

WHEN SHOULD YOU CARB-LOAD?

With that said, here’s a super tasty and relatively quick recipe that packs a protein punch, provides healthy carbs, and gets your veggie quota in for the day.  Ideally, you’ll want to do the majority of your carb-loading 3-4 days prior to your intended long races or super hard training efforts — not the night before.

See this link to learn an effective carb-loading strategy.

This tuna and veggie penne pasta recipe can easily be made in most VRBO/AirBnB’s if you’ve traveled ahead of time for a race, and it’s a great option if you’re trying to use up the produce in your fridge before you head out of town for a race!

For the veggies (and I guess technically a fruit), add any or all of the following  (amounts can vary/whatever you prefer):

You’ll basically want to cook the pasta and then add in your olive oil and lemon juice, making sure the pasta is well-coated. Then, add in all of the veggies and salt and pepper to taste.  We don’t cook the bell peppers, but you could if you wanted to soften them up a bit.  Personally, we like the crunch it provides leaving them uncooked (plus they retain more nutrients that way).

This recipe will make 2-3 servings.

If you try this recipe, let us know how it goes in the comments below!

Cheers! Now go out and #CrushTheCourse!