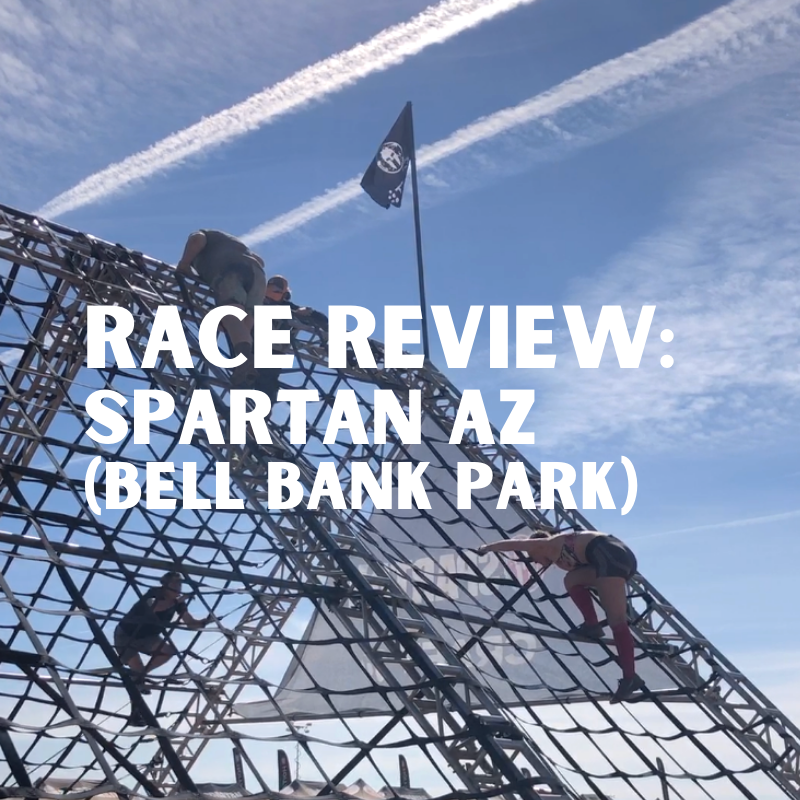 I know there are mixed emotions on this new venue at Bell Bank Park, but I’m not shy to admit that I enjoy flat and dusty venues!  I enjoy lots of venues and will race a variety of terrain and elevation. But, I feel somewhat more in my element in these types of venues. Perhaps because historically I’ve also performed pretty well in them… ha!

That’s not to say I didn’t miss the technical terrain and sneaky hills from the Ft McDowell venue. BUT, home turf is home turf, after all!

While it IS impressive to be able to show your non-Spartan friends that you almost died going up and down a ski resort twelve times, I think it’s a nice change to have a flat, fast course.  Maybe that’s the runner in me, but obstacle course racing by its very nature has two components: obstacles and running. Many people forget about the running part of it, even though most OCR courses are approximately 80-90% running.

I noticed that people were upset and voiced these frustrations online by bashing the new Spartan AZ  venue (before the race ever even happened, by the way).  However, I was more than willing to give the new venue a chance.  Turns out, I wasn’t alone.  The number of participants at the new Bell Bank Park venue saw a significant increase among all heats combined as compared to the November race at Ft McDowell. (Note: this was when I compared the sprint distance at each venue. I didn’t look at the super for either race because the sprints generally garner higher turnout in general).

What matters most, in my opinion, is that our sport has the ability to continue moving forward in a post-COVID world, even if it means moving to venues that are “easier,” so to speak.  They have to remain sustainable, and they can’t do that without participants and restrictions being foisted upon them.

As I wrote previously, this new venue is a GIGANTIC sports complex that recently opened in metropolitan Phoenix. Rugged Maniac also joined Spartan in moving their Phoenix race from Wild Horse Pass to Bell Bank Park (held on 4/2).

While I don’t think it’d be wise for every single OCR event to move locations to this new venue, it’s nice to help promote the sport and the venue (which houses a permanent OCR course) for the time being.

Bell Bank Park also has The G.O.A.T., a huge restaurant on-site (17,000 square feet).  It’s nice that you don’t have to spend a ton of time looking for somewhere to eat post-race.

The festival area was a little smaller than in many races.  I think that actually helped contribute to the extremely positive energy felt everywhere.  Either that or people were just so excited to feel a sense of normalcy again.  Either way, they did a great job of keeping the energy level high without sacrificing anything.  Although… the beer offering in the festival could use a facelift in the future.

I was pleasantly surprised by the single-track sections of trail. I knew that Bell Bank Park owns surrounding undeveloped land, but the surrounding desert looked wide open.  We started off pretty quickly (prior to the pack breaking up) on some single track through thorny desert trees and bushes. This made people stop in order to maneuver through without getting torn up.

Being that I’m used to running past these kinds of desert plants, I was frustrated.  I couldn’t quite get past the people who kept stopping due to the single track being next to a chain link fence.  I wanted to blaze right through the trees knowing that the most damage would be a short-lived scratch.  But, I kept being forced to suddenly stop along with everyone else behind whomever kept stopping.

I generally blaze through these bushes and trees on training runs, so this was no different in my mind.  But, with the chain-link fence on one side and the trees on the other, there really was no way to go around.  I learned my lesson for the sprint on Sunday and got there more quickly.

The course was flat as the map indicated.  I think I clocked like 100 feet of gain total. This likely would have included the rope climb and any walls we went over. I enjoyed running past the soccer fields where games were happening.  It was kind of nice to be entertained for a minute while I was racing.

The obstacles were spread out a lot more evenly than we’ve seen in some recent races.  There were a handful of obstacles at the end, and a penalty loop for a few obstacles — including spearman.  But, the spear was so late in the race that even sprinting the short penalty loop at full speed still cost a race (…personal experience anyway!) That darn spear throw…

I think most people really enjoyed the new Spartan AZ course, even if they held preconceived notions prior to race weekend about the venue.  It seemed that from speaking with other racers that it did end up being a nice change of pace.  The owners of Bell Bank Park were riding around the festival area in a golf cart speaking to racers and getting a feel for the event.  They were pretty excited to be able to host it and see what it was all about.

Did you race this venue? I’m curious what your thoughts on it were! Drop a note below in the comments about your likes or dislikes on this new Spartan AZ course venue!